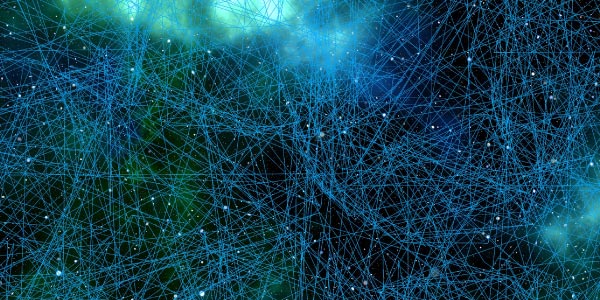 Our research interests lie at the intersection between Cognitive Psychology and Social Psychology, trying to understand how our cognitive structures interact with different contexts and learning. We investigate the adaptive nature of memory in responding to the requirements and contexts of recovery. We explore the adaptation of coding and retrieval strategies to test requirements, looking for conditions where conceptual knowledge can be used to respond to episodic memory tasks, and showing how over many cycles of study and testing we have learned to neglect irrelevant aspects of information to study. We seek to investigate the dynamic relationship between the mechanisms that trigger the recall or recognition of information that has not been experienced and those that we use to correct these errors. We also seek to characterize the development of these mechanisms throughout life, as well as the impact of different coding and retrieval contexts. We also investigate the cognitive mechanisms underlying the spontaneous inferences about another person, how people integrate different types of information in their impressions about others, and the situations in which they rely on context to correct their first impressions. In order to achieve a more global characterization of this phenomenon, our research is done with adults and children. Finally, in another line of research we explore the mechanisms that make social stereotypes, contrary to the commonly accepted view, sometimes exhibit a considerable level of flexibility. Our research has shown that factors such as contextual relevance or difficulty in monitoring our beliefs play a key role in the malleability of social stereotypes. We address these issues using behavioral and computational methods, and trying to build day-to-day phenomena in our cognitive architecture.

Our team investigates the processes of memory and language and the interaction between these cognitive systems.

We investigate the emergence of the reading circuitry and its impact on the evolutionary older systems of oral language and object recognition. In visual recognition, we originally showed that learning to read leads to the emergence of perceptual mechanisms tuned to the properties of the orthographic code (e.g., analytic letter processing), with consequences in visual nonlinguistic processing (e.g., the ability to discriminate mirror images as d-b; holistic processing of faces). We also investigate the visual object recognition system considering potential links with those systems involved in learning to read and write. In oral language, we evaluate whether and how orthographic knowledge brought about by reading acquisition strengthens the phonological representations of words, thereby assisting in speech perception and production.

Our research is also intended to clarify the cognitive mechanisms underlying the neurobiological reading markers (such as the N170 electrophysiological component) and what mechanisms promote the emergence of a highly specialized neural system devoted to letters and visual words. Also in this domain, we investigate the contribution of visual-to-motor integration (through seeing and handwriting of letters) in the emergence of the neural system for letters and its impact on mirror-image discrimination.

In another line of research, we seek to investigate the cognitive and neural underpinnings of episodic and semantic memory. We have examined the role of the prefrontal cortex in the deliberate retrieval of episodic information and how the late maturation (in adolescence) and early atrophy of this region (in older adults) affect the recovery of past events. In the semantic memory domain,we investigate the specific functions of the anterior temporal lobe and inferior parietal lobe in integrating multiple features into single coherent concepts and the role of the prefrontal cortex in exerting control over retrieved semantic representations.

Bridging the language and memory domains, we have investigated the two facets of learning new words: the language facet, related to the integration and involvement of the new words in lexical dynamics, and the memory facet, related to the memory trace that has been created and the semantic content of the words. We are interested in evaluating the role of the hippocampus and how these two facets interact along healthy and pathological ageing.

How do we make decisions, inferences and judgments in our daily life?
In what circumstances can we trust our intuitions and when should we second guess them and engage in more deliberative, analytical processes (how intuition and deliberation interact).
How do we infer what other people think and feel, and what are the consequences of those inferences for our own judgment and decisions?
What is the role of inaccurate memory representations of the reasoning problems we have to solve? Can bias stem from correct appraisal of faulty problem representations?
How our motives and goals can influence psychological processes underlying, our memory, judgment and reasoning?
How the feedback provided by different decision context influences the way human judgment and decision making unfolds over time?
The decision in context lab approaches the abovementioned issues from a sócio-cognitive perspective where basic and higher order psychological processes (sometimes studied in cognitive sciences in a relative social vacuum) are approached in more complex and rich interpersonal and social contexts.

Our main goal is to study how cognitive and meta-cognitive processes of reasoning, judgment and decision making unfold in different social and interpersonal contexts. Specifically, we aim at:

Research on dual-process theories of reasoning and decision-making articulating contributes from social psychology, social cognition and cognitive psychology. Specific thematic lines are linked to the aforementioned goals and include:

How do we differentiate and recognize familiar and unfamiliar voices? How do we extract meaning from emotional cues conveyed by somebody’s voice? How do we assign meaning to speech stimuli and how do we differentiate between emotionally salient and not salient speech? Our interest is to understand how the brain perceives and recognizes the identity, affective and semantic aspects of the human voice. We use behavioral, neurophysiological and neuroimaging tools to probe these questions, relying on the combination of skills and knowledge from psychologists, biomedical engineers, computational linguists, and medical doctors.

Three research lines, supported by FCT and BIAL funding, exemplify the work carried in this Lab:

There is a substantial body of evidence showing that a failure to distinguish between internally and externally generated sensory signals (e.g., my voice vs. somebody else’s voice)underlies the experience of auditory hallucinations. We use brain imaging techniques (ERP, EEG oscillations, fMRI) to investigate the impact of salience on auditory sensory prediction and its relationship with hallucination predisposition.

The musician’s brain is considered a model of experience-driven neuroplasticity. Some studies indicate that this expertise might translate into enhanced language and speech perception abilities, such as vocal emotional perception. In this research line, we investigate whether musical training enhances the extraction of regularities from synthesized emotional speech and musical samples, using EEG and fMRI.

Our goal is to examine changes in vocal emotional perception and recognition from childhood to old adulthood. Our main interest is to understand how the detection of salience from voice cues relates to brain changes during development. 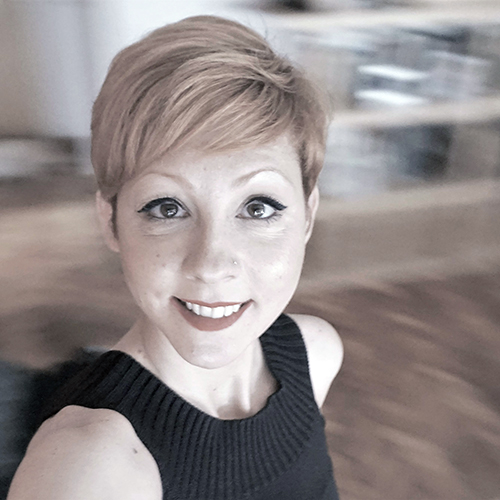 I am Assistant Professor at Universidade de Lisboa, Portugal, and the coordinator of the Research Group Cognition in Context (CO2). I have been working in the field of Cognitive Psychology at the interface of Cognitive Neurosciences and Neuropsychology. My major scientific interest is on the cognitive expression of how cultural experiences can modulate the human brain and mind in such powerful and specific ways. My scientific work has been conducted in two lines of research: in spoken and visual word recognition and on the impact of literacy acquisition (learning to read and write) in independent cognitive systems (visual and language processes).

I am interested in the cognitive and neural bases of human memory. My research combines behavioural and neuroimaging (fMRI) methods to gain a better understanding of the mechanisms that support retrieval of past experiences and expression of knowledge.

My work is focused on three main research lines:

In search of lost memory: experimental evidences and computational models of visual memory in healthy and neuro-degenerate ageing (FCT-POR Lisboa 2020Ref. 030958)
Can we learn from errors? (FCTPTDC/PSI-ESP/28414/2017) 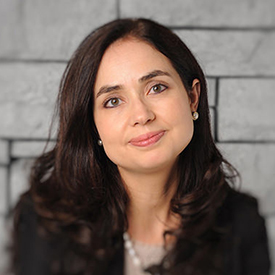 My research aims to enhance our understanding of how the brain perceives and recognizes the identity, affective and semantic aspects of the human voice. Some of the questions underlying current research projects include: a) How do we differentiate and recognize familiar and unfamiliar voices? b) How do we modulate our own voice to convey emotions? c) How do we assign meaning to speech stimuli and how do we differentiate between emotionally salient and not salient speech? Behavioral, neurophysiological and neuroimaging tools are used to probe these questions. Ultimately, these studies aim to bring us closer to understanding why some people hear voices when there is nobody speaking such as in psychotic disorders.

“When prediction errs: Examining the brain dynamics of altered saliency in self-voice perception” (238/16 – BIAL)
“I predict, therefore I do not hallucinate: a longitudinal study testing the neurophysiological underpinnings of auditory verbal hallucinations” (PTDC/MHC-PCN/0101/2014 – FCT]) 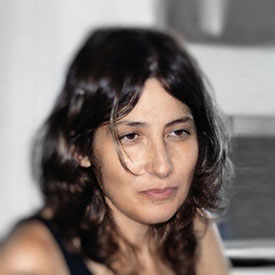 My research in Social Cognition has focused upon: (a) exploring mechanisms underlying instability and context sensitivity of stereotypes and other attitudes based beliefs, to provide a theoretical solution to the question of how it is possible that self-perpetuating knowledge structures happen to be context-dependent; (b) Adopting the assumptions of a constructionist model of stereotypes to which same conceptual knowledge can give rise to different simulations according to context in which it is assembled; (c) mechanisms applied to conceptual processing (compound cuing account; source of activation confusion model) that might predict stereotypes to become contaminated by extraneous concepts already activated when they are called up; (d) the need for belief monitoring as a way of overcoming the vulnerability of belief assembling, that is, deliberately try to overcome context influences that might contaminate belief assembling; (e) imagined social categories to explore a new understanding on the literature of stereotypes showing that a considerable between-individual stability of stereotypes can coexist with a considerable malleability when using within-participants measures, namely by directly addressing the Wisdom of crowds explanation according to which the conditions that make this possible are when aggregation allows for error cancellation.

My interest in Social Cognition also involves the study of social perception and spontaneous trait inferences. I have been interested in exploring a new approach based on the link between power holding and person perception. Specifically, we want to know how the powers hold by a certain person affects the way we infer traits from their behaviors. Across several studies we provided evidence that, when faced with behavioral descriptions about others, people infer more negative traits about powerless actors than they do about powerful actors.

Finally, another recent line of research that has been interesting me uses as inspiration the role of processing fluency in judgments. Recent research has emphasized the role of episodic memory in both remembering past events and in envisaging future events. On the other hand, it has been repeatedly shown that judgments about past events are affected by the fluency with which retrieval cues are processed. We investigate whether processing fluency also plays a role in judgments about future events. Also, based on the fact that people often rely on the fluency with which a stimulus is processed to make judgments about the world. Recently, we have been showing that processing fluency also plays a casual role on judgments of typicality, and investigated the boundary conditions of this effect. Specifically, by testing whether people’s reliance on processing fluency depends on the absence of alternative sources of information, such as lacking knowledge about the to-be judged categories.